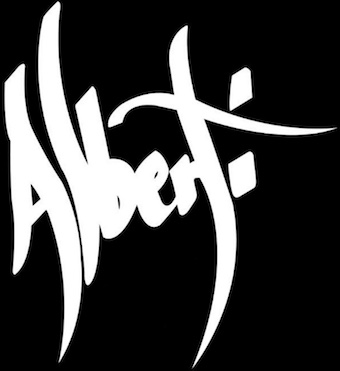 About the artist
Mr One Teas also known as Anthony Alberti, a self-taught-artist, puts recycling at the heart of his artistic process.

Mr OneTeas has several facets : he is a grafitti artist, painter, photographer and sculptor.

His art mixes spray, stencils, photos, collages and resin on varied materials such as canvas, bodies, cars, facades and walls.

On his canvas, Anthony does not hesitate to pay homage to his icons, such as Keith Harring, one of the first New Yorker Street Artists or – without any complex- to Michelangelo in a 90° turned round compositon in order to point out a too individualistic society.

Fond of lettering, an other kind of Street Art, Anthony has looked for « an opening on others », a feeling that inpires and motivates him.

The museum is the street and it’s precisely in the street that Mr One Teas started painting, in deserted places. By chance. After a car accident, a friend, Kräsh2, who is also an artist asked him to paint graffities on a wall with him. He was (just) twenty...

Until now, He has realised more than 400 ( four hundred) artworks worlwide.

His spray mastery on pierced wooden pallets describes him as « a street artist of a new generation ».

« an incredible connection » that's the way he describes his relationship with members of his team but also with his audience.
He also dedicates himself to promotion of other urban art artists, in a cultural openness.

Monegasques remember his imposing photography exhibition that covered the facade of the Ni-Box from april to august 2016.
This artwork gathers 689 (six hundred and eighty-nine) pictures which are in fact black and white portraits (of Monegasques) took and sticked by the artist himself.
This project is part of « the Inside out Project » created by the artist JR