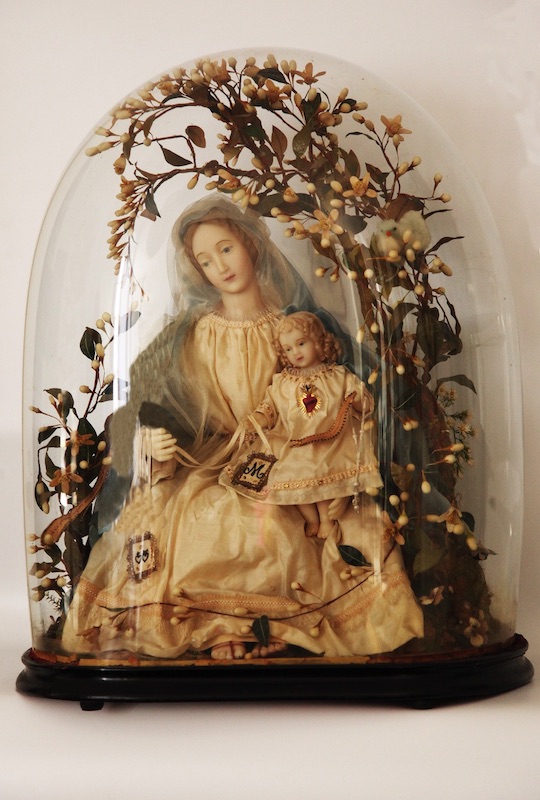 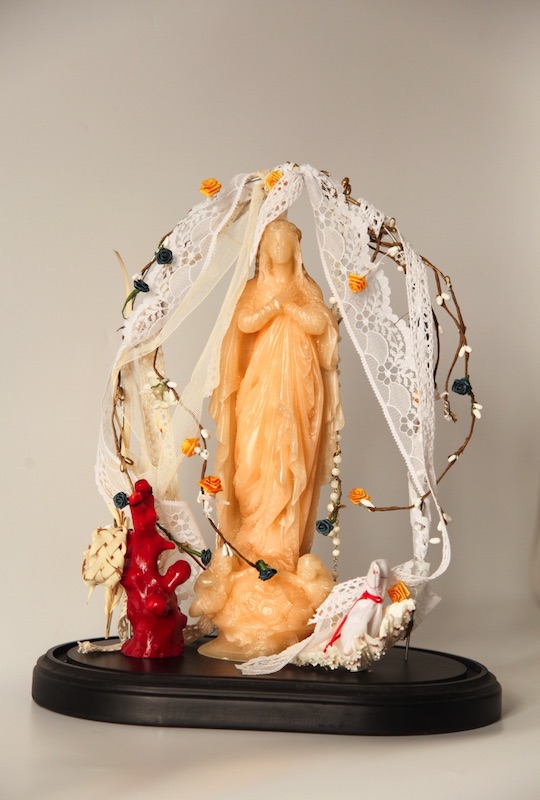 Once upon a time… The bride's… globe…

Marriages were often arranged by parents for economical or political reasons, from the ninetieth c to the twentieth century.

But it’s also a matter of feelings shared by two young people during brief meetings. Both are then linked when the agreement is sealed they kiss each other publicly. When the dowry is fixed, families embrace, give a slavo(of gunfires), eat fritters (“ fritelle”) and dance on the square (of the village). That ceremony is called “l’Abbracciu”.

The civil and religious wedding ceremonies could be celebrated later on. But if “l’Abbracciu” is not an official engagement, it’s a sacred pact for Corsican people and breaking it off could lead to a dreadful Vendetta.

The day before the wedding, that is to say on Friday, people decorate the entrance of the bride’s house with a flowered arch. This arch is mainly made of myrtle or sometimes palm branches. A wreath of myrtle and oranges is hung in the middle of the arch. All day long relatives and friends come and bring presents which are then on display.

The wedding ceremony usually occurs on Saturday. Leaving the bride’s house, the cortege is announced. Groomsmen and bridesmaids line up ( and converge to the Church). At the end of the ceremony ,seeds of rice are thrown to the couple waiting at the doorstep of the Church and gunfires are shot.

According to local traditions, Corsican people never marry on Tuesday or in May, the month of the Virgin Marry.

The day following the wedding party, the bride put her flowered wreath under a glass globe. The over the years, she adds symbolic items:

a Virgin, palm branches, a scapular with some wheat, rice or an olive branch; coarse salt, a small St Roch bread ( to bring them peace, strength and wealth), a strand of hair or cherubs…. For example.

Made on custom order : 2 months delay of delivery after receiving your five personalized items).